October 05, 2010
Advertising began as an art of maximizing the number of customers in your business. At first, it was a sign or image on a wall - perhaps even a pile of rocks that let someone know you had a good or service to offer. You may have even dressed differently than someone else, so that people can see you on the plains or in the cave and would know you offer a product they could use - by some medium of exchange. But without that medium of exchange, everything broke down. Cavemen, for example - had to be able to trade things of value for goods or services, else what would be the point? If you could not pay someone for something, why would they wish to advertise? They can catch far more wooly mammoth and saber tooth tiger - dressed in bear skin, than they can wearing the hat of a medicine man. So advertising appeared, at a point at which goods or services could be virtualized. You could give a gift of berries, seeds, or a skein of dried mammoth steaks - in exchange for the healing services of a medicine man.

As we progressed, tokens of exchange such as money - and advertising became far more common. Paul Revere, for example, was known to have kept a well painted sign in front of his door - identifying himself as a silversmith. He also likely wore the traditional clothes of his guild, and members of society - who wished to purchase fine silver could either stop him on the street, or walk to his shop. It was clearly identified, and he had a reputation for fine work. His brand , for them, was a quality management system. As are most good brand of products, today.

The advent of mass telecommunication changed the character of advertising. It became imperative for a business to have a logo, a trademarked name, and some kind of way in which to broadcast their identity and product information. Although advertising still existed at the local level, successful campaigns could reach millions of people. The goal was to inform, and enable - a buyer with everything he or she needed to make a purchase. The writings of Dale Carnegie became canon in the industry. Driving this , was the concept that somewhere down the road - a token can be exchanged for industrial return.

Up until the internet, many in the position of broadcast industry enjoyed a uniquely powerful place in society. Often, successful advertising campaigns had vast political and social consquences - sparking fads, trends, or sweeping candidates into and out of power. Many times, those successful campaigns were identified by words that were used within them. However, the medium was one to many.

The dawn of the commercial internet in 1992 began in an unlikely place: Scottsdale, Arizona. A law firm attempted to mass-email everyone with a notice of the services offered by their firm. However, the internet was primarily a means by which one accomplished research. It was an educational tool. In those days, one had to sign an 'Acceptable Use Policy' by which one agreed to utilize the internet only for research, education and to inform. The law firm had the distinction of being the first spammer. And they were met with a blistering response. The community returned fire on their webserver, sending scripted emails - sometimes several thousand from a single return - usually containing some message such as the word 'spam' repeated seven hundred times or more. The mail servers of that law firm were shut down and never fully recovered.
But as the National Science Foundation transferred their control of the Internet, to private corporations - spam continued to rise a one to many communication toxin.

And so, the concept that we can be connected - even while we are alone, in a dark room or home office, looking into the faint glow of a computer monitor. Television advertising became exponentially less effective. And so, too, did the very powerful interests who controlled it. Their catch phrases vanished, and so too did their market influence.

However, some still held on. Towards the middle ages of the internet - a person correctly identified that people would need to share photography. The site was called flickr, and the business model is based on the concept that people don't want to identify themselves with their own website - but rather use a picture sharing service to communicate with one another. One to many.

Her second act was called hunch.com, and the concept is that people will willingly, and without compensation - fill out 120 item questionnaires about themselves. In this way, it is very similiar to facebook - both sites and businesses rest on the concept that the best way for a business to reach a customer is for the customers to identify themselves. Their business model hinges upon the concept that people will do this for free. The existence of such a business , is telling. Especially in a world in which global recession - in trade of real goods and services - remains an omnipresent threat.

Advertising a good, a product, a service - has always been closely associated with the exchange of a good or service in return. And that is why hunch.com is something that I am not interested in. It is missing the key piece of its puzzle. And its existence represents a missing technological change that must occur , to change the public internet - decrease spam and make it a more viable , many to many mediu. And that element of change is micropayment.

We really do need to be paid to read these new 'advertisements'. Digital media transmits free or almost nearly free. And we are bombarded with it. If such ideas as above are about turning the industry on its head, and recording a sea change in the way advertising works - then given the option of micropayment, we would willingly advertise ourselves. Because, just as our ancestors - there is no point , otherwise. Why advertise yourself if you do not wish to provide a good, or service? Who would have asked customers, walking by Paul Revere's shop - to be required to carry signs that say whether or not they wish to buy silver?

hunch.com's 120 page questionnaire is meant to do two things: first, it is meant to become a resource for the person or company that presents it. If it is completed, data mining can begin. But the mining of your data, without your permission - the collection of transactions that are by all rights private - and the trail you leave through the aether - is not theirs to begin with. It is yours. It is a part of you. Without those external objects, the resource diminishes in value. What good is it, to know everything about someone who will give you nothing? Unless, of course , you're talking about the statistics for the pitchers of the Philadelphia Phillies. Heh, heh heh.. B)

So, assuming that if you were interested enough in revealing yourself to this company - you would be willing to let them snoop around on you as well. The second thing that such a questionnaire represents, is the concept that a person will do something, without getting paid for it. You will work for them, to help make yourself known to companies.

This is a very common concept in America. A country in which the corporate share of the income tax burden has plummeted - by offshore tax havens, special purpose entities, and expensive tax dodge strategies have all been employed since 1972, to move the main burden of taxation to the middle class. And so, too, the concept that the users of the public internet would populate and present themselves as a resource for corporate interest.

However, a more basic and fundamental approach would involve the corporation presenting to the consumer a form of micropayment in exchange for each element of their profile they reveal, or allow to be tracked.

Speaking for myself, I am interested in certain things and would love to let the companies that make the products I purchase - aware of my wish lists. Tesla Motor Corporation, if you're reading this, get off your fat ass and ship my car. Thanks.

But I wrote this not to stand up on a soapbox, and listen to myself speak - rather - as a meditation. Its an attempt to come to terms with the world around me - a world which seems increasingly anti humanistic. I recognize broad attempts by editorial staff to purposefully manipulate the content of news articles, and modify them in according to advertiser's wishes. And also, to be honest - do we really need a word like "tweet" in our lives? No. We don't. Nor do we really benefit from replacing "search", as in U2 "Still Haven't Found What I'm Looking For", or "Looking for Mr. GoodBar" , or "The Search for the Titanic".... with the word "Google".

Perhaps I am a humanist, because corporations can't have pictures of Bettie Page tattooed on the small of their back. Perhaps, just because we are adaptable. I oppose the things that would make us algorithmic, and less adaptive. I'm ok with being a human being. Everyone should have their own website and post whatever pictures they like - there, instead centralizing them and allowing some company to spam the edges around them. And if they want to write about what they like, criticize a particular political candidate, link a law they think might help our world - or write about whatever recipe they enjoy. Then they can. They don't need a questionnaire, or a picture sharing service - or another faceless corporation to help them do it. As far as I'm concerned.. ;) 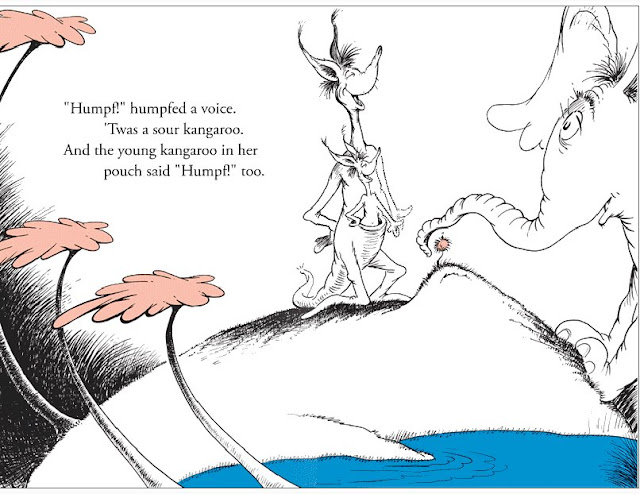