Michael Jackson, as a young member of the Jackson 5 , and in accordance with his father's strict rules - was forced to sleep next to his brothers while they partied in the room. They often told him to just pretend to be asleep. The young girls and women who were involved often treated him like the little boy. His sexual identity was formed during that time.

Under strong discipline imposed by his father and the tight sound that evolved from the group as a result The Jackson 5 rose to stardom. The public singled out Michael Jackson - they all took off to form solo careers but Michael, buoyed by their support and his innate ability - shot forward to success. His album "Thriller" was the largest selling album of all time. He also bought the rights to the Elephant man, had a Chimp named Bubbles, and eventually purchased the rights to all Beatles songs.

Later, Michael Jackson picked up a case against him for pedophilia, and a penchant for self mutilation (under anesthetic of course). He shall be remembered.

Society comes into play when you start setting down the role of him, and people like him - more so as information toxins rapidly evolve and begin to flow through society. Social structures need people like him - not necessarily an omega in the strictest sense - but a kind of paternal-to-maternal world go-between. Elvis had a few parallels along these lines, formed by his relationship to his mother. We recognize these individuals largely because they seem to fit into a social structure as key individuals. Both in their art (communication) and presence. What if Michael Jackson or Elvis, lived back in earlier days?

In Colonial America, people farmed. If you were seen somehow as unable to farm, and/or you would not likely be well matched to a woman , start a family and cut a living from the wilderness - and bear in mind that in those days - a family normally meant she would deliver six or seven children, of which if you were lucky half would survive. Even luckier still, she would survive.

Society generally allowed such men a path towards the priesthood. Priests in black gowns making their rounds binding with briars our joys and desires.

Going farther back, we might see a more tribal structure, where the jobs that need just a bit more upper arm strength than the women can provide - would be handled by such a man. But just less than the requirement to go on the hunt. Looking at Michael Jackson's photos, would you want him to belay you up a cliff? Singing songs and entertaining the children - being a part of the life of the community, and working closely alongside women, a life could be made. There are worse fates.

Cro-magnon life was short. Brutish. And harsh. Looking through their fossil record, we see lifespans on the order of 24 years. Death was almost inevitable by the age of 39. Almost no records exist of 50 year old Cro-magnon man. And their existence was punctuated by the search for food and fight for survival. A man such as we discuss here would be useful in several ways. First, he could accompany the hunting party as a kind of insurance. An amusement. Like a flare, dropped by a jet trying to evade a surface to air missile - he would be fed to the first sabertooth tiger that pursued them - and all would escape. Of course, thats a valuable job. Not having any farm or other real domestic scenario - such a person would be involved in keeping the tribe amused back at the cave. He would be fed scraps. His stature and appearance would of necessity be different - neither bearing the scars of the hunt nor the nourished look of the mothers protecting their children - for which the first of the hunt is given. Those returned or confined to the cave would welcome such a presence in the tribe and by which a certain identity could be maintained. Roles of medicine man, shaman, allow for potential of leadership - but moreover, likely a safe haven for the protected of the tribe. The general tribal identification and sense of belonging would come in part from knowing ones place and also feeling safe that you're not the one going to be fed to the saber toothed tiger.

But even then, thats way too high for the purposes of our discussion - animals with complex social structures, and toolmaking capability - are way too far up on the food chain. What is interesting to our discussion would be the role of such a person - abstracted to a sort of person/thing - in the shape and formation of a pioneer organism. 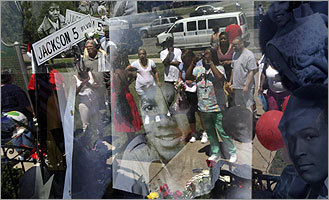 Remember, special conditions must exist in order for the appropriate lattice formation to take place. Pioneer organisms seed the rest of the galaxy with life - so their formation is an abiogenesis. Simpler instances of evolution are relatively straight forward examples of sacrifice the weak, but retain the genetic imprint. We should not forget that DNA is a data storage mechanism. Not a way of generating life. The fun that the engineers are having with it, are related to coding the selfish gene and getting it to do what you want. If you have made it to this stage, you've survived enough extinction level events to be able to persist.

So we're going to focus on life at that boundary - where life began, at the center of the galaxy. Such an organism whose ability to fill an intermediary role between hunter/gatherer and protector/nurturer , one who exists as an almost exclusively information - based entity. Would be ideal for sacrifice. The boundary upon which life would form would be necessarily vague - and any social imprint of where that boundary resides - would be useful for the overall social grouping or clique.

Lets walk up to the cellular level for a moment. In the human body a curious thing occurs - at a certain point, the body's cellular structure - when given a sufficient level of duress - executes an internal order to die. It is a progressive process with a series of aterable phases. In specific instances, a substance known as Calpain plays the part of opening up the door.

As long as the base organism whose role is seen between the two above roles, would be capable of communicating from a distance - his or her or its sacrifice could communicate, by phases - the edge of the boundary. Being unable to moor upon either of the two stable types present at that boundary - and presented with the appropriate dimensional vision - its likely that a part of the makeup of these organisms would be the certain self-knowledge of their own end.

The process by which abiogenesis occurs - I aruge, is a recurring process at boundary. I argue life cannot occur without the atoms forged in heavy stellar processes. Gravitational collapse. Etc. And that language co-originates and co-evolves being a kind of transformational freedom that works with its instantiation. I argue that the symmetry of the spheres of the human brain trace back to dimensional symmetries. And that the evolution of the advanced toolmaking capability that eventually attains such structure that we can know it by a meta-term we would call language is about control.

Matching E8 boundary/symmetry least energy configurations - to molecular networks - to find the edge of perception (the new), or protecting - nurturing - and caring (routine) - by such disintermediating transport.

Is an exercise left to the reader.