"And then Broad-breasted Earth, the everlasting seat
Of all, and Love"

Acuselios also agrees with Hesiod, he says after Chaos, these two, Earth and Love, but Parmenides says of Birth, that she

Contrived Love the first of all the Gods.

Thus many agree that love is the most ancient among them, and being the most ancient, he is the cause of the greatest good for us. For I cannot say what is a greater good for a man in his youth than a lover, or for a lover than a beloved. For that which ought to guide mankind throught all his life, if it is to be a good life, noble blood cannot implant in him so well, nor office, nor wealth, nor anything but Love.

And what do I mean by that? I mean shame at ugly things, and ambition , and beautiful things. For without these neither city nor man can accomplish great and beautiful works. I say then of a man who loves, that if he should be detected in doing something ugly, or allowing him to be treated in an ugly fashion - because through cowardice he did not defend himself, he would suffer less pain to be seen by father or friends than by his beloved.

In the same way we see that the beloved is particularly ashamed, before the lover when seen in any ugly situation.

Then if any device could be found, how a state or an army could be made up only of lovers or beloved - they could not find a better way of living since they would abstain from all ugly things and be ambitious and beautiful things toward each other, and in battle side by side, such troops, although few, would conquer pretty well all the world.

For the lover would be less willing to be seen by his beloved than by all the rest of the world, leaving the ranks or throwing away his arms, and he would choose to die many times rather than that. And as to deserting the beloved, and not helping in danger, no one is so base that Love himself would not inspire to valor and make him equal to the born hero. 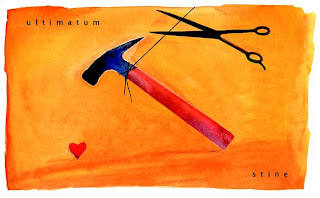 And just as Homer says, that the God breathes fury into some of the heroes, so does love really give to the lovers, a power coming from himself.