What I ask for In Exchange..

August 31, 2009
I spent the entire weekend for others. As usual. We had back to back sleepovers and parties , I did nothing but drive them around, cook the meals, etc. The last time I went out to party was. Never. Like. What, 5 years now? ... So this seems like a sacrifice.

My daughter and I performed 'simple gifts' and well. About three errors, two mine, and she screeched a note. We received alot of compliments on the performance. Her atheist friend sat outside the sanctuary watching the performance through double glass and doing the Tai Chi thing. The other friends from her sleepover joined her and after the performance they left to play outside. The music director told me he wanted me to play every other sunday.

In the middle of the night I did a series of battery tests on my new laptop. Now its time to actually put the thing to work. No more playing solitaire in bed. Results: Battery life over 2.5 hours, under standard load. And about 1.5 hours under heavy application use. Ahem. The DVD works. 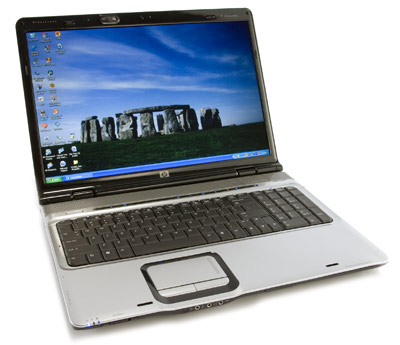 Despite an entire weekend of things like pizza, I'm still stable weight-wise, which is about all I've really done towards the tri. The fact that I'm perfectly willing to bike 6 miles to get parts for the car so the kids can get to the pool - is a factor in all of this.. My battleship mountain bike is like ballet with weights on your legs, it is a different experience than cycling a road bike, but it works out the same for now.

Ok, so this adds up to basically - the fact that I have no life.

Its pretty clear after 44 of the last 48 hours are accounted to the kids, that the kids are where its all going. No revolutionary road scenario here. Its one straight A kid, and one kid that can do a 15 minute homework assignment in 2/10ths of a second and freak everyone out in a 12,000 mile radius (and then get bored with the work in school - something we're working on here..).

So, here's what I ask for in exchange. A little bit of time to listen to them. Separate and alone. And just talk. This morning I took my daughter aside and we walked through the yard. I asked her to spot three things that showed life adapting. She stood still. And I got her to move, to look around. Eventually we found a tree that had split its trunk for the light - and we talked about how the broad leaves are more dangerous for the tree, instead of the early trees whose leaves were needle-like. We talked about how this entire land was probably a beach at one point and how you could go out into the fields south of here, and find fossilized seashells.

She asked two questions of me. First, what if we were reborn, but we had no memory of the person we once were? And second, she asked - how did God come to be?

I answered her as carefully as I could. And then we watched as a woodpecker flew down to the trunk of a tree near the front of my yard. And we watched as Tarot hid in the grass. I pointed out that Tarot's white nose helps to break the outline of his feline body and that it throws the prey off the visual outline they are looking for, even the harsh patterns of sharp white work to help hide him because it is not expected. She asked, are there all white cats? And I said. Not many, because there outline is easy to spot and that little bird over there will fly away. And the kitten jumped up to get it. And it escaped. Is it coldhearted of me to keep my kittens hungry, and feed them only after they take a mouse? We laughed as the small kitten climbed several other trees seemingly at random.

This is what I ask for in exchange. A fractal moment with my daughter, or son. And also, for wives and sweethearts.

May they never meet. :D