A Death Certificate for the Republican Party

Cause of death: Internal Bleeding due to complications arising from the of ingestion of toxic support. Lobbyism. And Corruption.

The Republican Party began under the idea and direction of Abraham Lincoln - a man whose thought and spirit were anchored in the concept of "measure twice, cut once". He was a stoic American hero who, in the final days of his life defeated depression , and preserved the union and character of America.

Abraham Lincoln also insured that the Federalist forces out of New York that were destined to take control of the country were well entrenched - the disparity between the materials producers and the refiners were to be carpetbagged down through the conquered regions of Grants bloody armies. Atlanta was burned to the ground to ensure these producers knew their place in the world.

Under such leaders as Teddy Roosevelt and Ronald Reagan, the GOP explored the concepts of environmentalism, fiscal discipline, and fair taxation. These men helped America to grow.

As the Republican, or "Grand Ole Party" - entered its final years - the corporatist views of Reagan and Sidney Sheinberg left its Kevin Phillips and William F. Buckley mooring and shot headlong into full acceptance of the role of legalized bribery. The Bush republicans transferred unprecedented control of American instutions to corporations. At one point, eight companies controlled 92% of everything Americans read, heard, or saw. Lobbyism grew to a multibillion dollar industry.

Legislation arose with such absurd provisions that even now it is still laughable to discuss them. Republican Jon Cornyn of Texas, sponsored a provision to ensure that more Carbion Dioxide and Mercury Toxin could be dumped into the Atmosphere - from Coal Fired Power Plants in Pennsylvania - into an Act that was meant to rescue and relieve Families recovering from the massive disaster caused by Global Warming - known as Hurricane Katrina.

Under complete GOP control, the Executive fell apart. It built large, unweildy bureaucracy - the greatest expansion of bureaucracy ever - calling it "homeland security". While people were dying in the streets, in New Orleans - the President was visiting wealthy donors in San Diego. The GOP , believing to be in the business of setting up a Republic - slowly transferred power to lobbyists.

And lobbyists proceeded to spend. And steal. With the fox in charge of the henhouse, under the weakest oversight in history - American Corporations began to forge documents and rob from the American people. First, there was Enron - a huge energy trading company who marked their future profits down per quarter based on invented numbers - they showed such profits that Americans flocked to NYSE:ENE until the house of cards collapsed. Then, the great crash of 2008, where International Banks finally said enough is enough - and refused to loan bank to bank - because all trust had disappeared from the markets. Paid by lobbyists to continue the death spiral - the GOP continued to carry the flag of deregulation through the burned and charred remains of global exchange. They had introduced a virus into the markets that erased 40% of the global wealth.

The American public slowly began to understand that there are two ways to trade a market. Up. and Down. Hedge fund operators , in full control of the lobbyist Apparatchik - continued to short America down into full recession, all the while banking profit from the global market drift. And maneuvering to positions in tangibles such as real estate with the slow reversal of the trend under a Democratic administration. As Commercial real estate hit the markets in late summer of 2009 - coinciding with the last remnants of the 2008 virus - the American people finally figured out that the lobbyists were making money if they lost it.

National Healthcare was successfully lobbied against and the legislation that made it to the floor ended up being a pale mirror of what was needed - copied from a model based on that which had been originally floated in Massachusetts - a public option that ended up charging the public. Slow, sick realization began to set in: the American public had been cheated - led to war, on false pretense - poisoned through finance and finally - the physical health of the country itself.

The issue of lobbyism finally dividing the party in its last days - the GOP saw the rise of a candidate who had hired lobbyists for a small town in Alaska and made her their champion. This last ditch attempt at populism cleanly carried the party away from its roots at a time when it needed them most. The Republican party folded under the weight of that final action - much in the same way as the demise of the Whig part. Lobbyism had coursed through its arterial network - even down to the small town, and local church. The elephant was well on its way to the graveyard by the time Sarah Palin made her speech stating she'd served one term, and "one term is enough" - in her resignation before her term had completed, where she left serious unresolved issues and had spent all the money including money to build a bridge to nowhere. . Nowhere. Her role as the final voice of the party put a death mask on the face of a party which had descended into angry division.

On July 9th, 2009 The elephant finally found his way home. 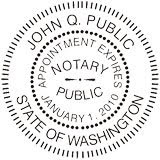