A Model for National Healthcare Bonus

July 22, 2009
In a national healthcare system - who should get paid, if you're healthy? Answer: The doctor.

Why? Wouldn't we want a Safeway model, where we all get to work out, and get discounts on our premiums?

Because we would all pay the same, up front - and yes, its going to be in Taxes. It will work out to about 800.00 per year. The Insurance Company Lobby wants to hide that fact from you - its the thing that will "destroy America".

This national healthcare is offered to Citizens, but also illegal aliens as well as long as they register with the system / renewal fee equal to the taxes levied. If they are living here less than a year, or are on a travel Visa, care will be free as long as we have deals set up with their country.

Medical records stored by Genetic Sequence Index would prevent the system from being gamed. Racism has its roots in certain aspects of popular culture, it has to be eliminated before we get to this kind of Indexing scheme. When and not if.

However, Doctors won't get bonused for improving the health of foreign visitors. The national healthcare system would have access to your medical records, but not theirs - and whomever they can improve - IE, lower Blood Pressure, quit smoking, etc. They will get bonussed.

There are also childcare bonuses. Kids can get broken arms, legs, so on - but a child who is injured as a result of abuse - can be the subject of a bonus as well as action. A doctor who sees a child consistently following a pattern of contusion can recommend psychological therapy, and that therapist can make objective, but likely skeptical initial evaluations that will lead to greater in-depth profiling and capture of psychosocial ills and predators.

Again, its the Doctor who gets the bonus. Find the nutjob with the apartment next to the high school so he can pick off little kids as they go by. Or the father who is beating his kids and breaking their bones. And your premium stays the same but your doctor is free to give you a referral fee.

However, if under the model I propose - a psychologist anywhere within 20 miles of those incidents who gets the first drift of either low-grade abuse (which starts their bonus schedule from normal schedules) or full-on psychosexual abuse (from which , if they could find a way to keep a predator from becoming a predator) - becomes their bread and butter.It is a serious savings to society to stop them before they start.

And the doctor, just like the Psychiatrist - isn't getting paid by Big Pharmaceutical Lobbies to try out all these new drugs that the FDA - not being able to see the data - will never know if they work or not - Instead, they'll get paid a bonus the healthier and more stable we all become. And the FDA and EPA will trend realtime, off a web model that will let them see in no uncertain terms which therapies are working the best. Medical Marijuana, for example, is dispensed right now through a patchwork quilt of justifications that include 'Anxiety' and its effect is not measured. Free medical Marijuana could line up side by side to drugs like Ritalin and we'd learn realtime whether or not they're doing what they say. As we move towards the more dangerous and higher yield drugs that Genetic Engineering will provide (cf. 'Code 46' - 'The Empathy Virus' for an example in Sci Fi) such a feedback loop - could save massive amounts of money and decrease radically the time it takes to stop something that doesn't work - which would also end up costing more healthcare dollars. The federal government truly needs to get into that business.

Americans, at time of writing struggle with like which finger we can afford to sew on - or whether or not we should be applying to get medical marijuana if we're really ... really depressed.

However, a model for National Healthcare Bonus that includes Psychiatric care - and removes the premium penalties incurred from being sick - helps people who are sick to seek help. The 'Safeway' model is something being lobbied for now, that doesn't work this way. The hidden argument behind the 'Safeway' system is that if you're sick, you pay more. But they'll talk about it like "If you're healthy, you pay less".

Extreme cases which should be bonussed more highly to the field of psychotherapy are often people who fall bit by bit into a system of their own design that leads them to become predators. Their descent helps them to avoid profiling. And also, at the same time, to pass a threshhold barrier where they have to admit there's something wrong. The private system, with its bleeding barriers of information - almost by design precludes their action to seek help - would you hire a sexual predator? How about, hiring someone who fell into the addiction but beat it before it became a problem? Two totally different things. And in a highly sexualized culture such as ours, a significant difference.

Miami faces issues in keeping their sexual predators by forcing to live in places like under bridges, and so on - in light of more complete care for them, and more proactive response - and especially with the government being able to track and trend rescidivism more accurately - would send such an approach to the way of the dodo. After all, only the down and out sexual predators would live under a bridge. Some made it to the House of Representatives and chased around little boys in their underwear. Moving them to one place or another isn't going to stop them.

A person, say, a sexual predator - who finds 13 year old girls irrestible and sets up his apartment next to a high school so he can prey on them - might, as in the film "The Woodsman" - be forced to consider more sharply his position in light of care. We would not try to limit them geographically. It doesn't work anyway. They would just move to another state where they don't have to register. At least under the current system.

Again, in a National Healthcare scenario that information is part of their profile and it doesn't increase their premium. We can not only adopt the European and British model.

We can improve it.

Unlike the British National Healthcare System, that was designed and delivered as a form of saying thank you to the Armed Services returning from World War II - The American system can be designed to say thank you to American citizens. That can help us to regain our national sanity. And apart from the fact that we're the country that sequenced the Human Genome, and within three to twelve years we're bound to be the beta-testers of some very serious medical technique.

We are the beta-testers of every mindfuck on the planet. As long as we have cities like Hollywood or Los Angeles on our maps I think its important to include not only the Doctors but the Psychiatrists in the scheme as well. 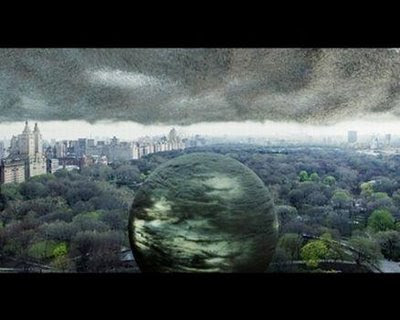