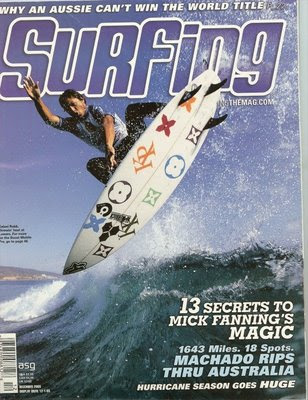 Russ Hennings is the guy who shot this cover. For a cousin, you could do alot worse. Lately I've been wondering just how it might be possible to get some of my family together and shoot a film.

I think I've found a way to shoot a film for less than 5,000.00 bucks in total funding. A full feature film with all kinds of cool angle shots, good sound, good image. Fully edited down. Here's how.

First, the camera. A modified Nikon D-90 that can shoot high and long enough for us to get dailies off it. Pull cards on it while you shoot, probably. I am concerned about resolution and ISO. And other stuff. This thing isn't technically a movie camera. For stills, its great. Not sure about continuous movie. Total cost: 1400.00 but I think I can get it for like. 1000.00. Otherwise, I'm pretty sure I can get a good camera for less than 2,000.00 somewhere.

For Dolly shots, use a Skateboard. For Louma shots, just spin the boom down (the camera is light). If you want angle shots (rotating pan) bolt the camera onto the handlebars of a bike.

Editing? I am testing either Mystik Media's Blaze or one other. I'm divided about the editing software. I've used Moviemaker and That other damn thing I can't remember its name, that crashed all the time. Key thing is to get insane amounts of RAM into the machine, and get a really good processor in the workstation then figure it out from there. I expect to spend about 500, 600.00 on the software.

Ok, I'm off to work like hell. No kids in the picture today. This means I will get into something today that either I should be doing, or most definitely.. shouldn't.