March 18, 2010
My car, Lamb, had a happy day. She is almost 18 years old - two years shy of being an antique. I bought her with the intent to do a full restore. And now, I am only a minor upholstery repair, some lensing and seal work on the headlights - and a detail job away from full restore. If I can find two or three missing parts. Which I should be able to do in a junkyard owned by a guy named Cosmo, sometime tomorrow after work.

This is a pretty big deal for me. The car had issues that - when it was sold to me - were considered fairly serious. For one thing, it wouldn't go into gear, and it made crunching sounds when it backed up. All the indications of a bad transmission.

The car would also stall in the morning, its windshield was cracked, the sides were coming off and it had beehives and wasp nests on the back axle.

But inside, she was a beautiful car and the best I could do was talk them down one hundred dollars from their asking price. I wanted her to be happy. Even as she stalled when we brought her home.

The last piece of the puzzle came in today when the source of the stall was finally located. Almost as if to say that she was ready to be driven again - she turned off her SRS warning light mysteriously as it had turned on - and the check engine light reset clean and didn't come back on again. My dash is peaceful.

The stall and the line were all connected to the fact that this car had over 270,000 miles on its original fuel filter. The engine for this car is truly indestructible. The fuel had scored the throttle chamber and gunk so thick in there it blew my mind - flooded out when we cleaned it. A 3.00 gasket and a half hour worth of work and she was literally humming her approval down the road.

Lamb has an old cassette player and tomorrow I am going to dust off my "Playing to Win" series by a sports psychologist that I really respect - and on Saturday, early in the morning (after I wash her down once after work tomorrow) I am going to do the full detail. Down to every last item. And I am going to pay someone to clean the engine - a mechanic that knows how to clean the lines and wash the engine so we can look for leaks. I am going to replace all the rubber, and fix her upholstery with a cub scout 'badge magic' kit (later I will simply remove the front drivers seat and get the back upholstery done professional.

And then I am going to touch her. She feels so good to the touch. I am pretty sure after that I won't want to drive her. I will just want to look at her and smile. But , given my history with past relationships and other women - after a while I will likely just take her beauty and grace in stride and respect - and then drive that woman hard and fast until she is singing on all cylinders.

My daughter said she eats weekends like they are freshly wrapped candy. My son said that I have the Luck of the Irish. All I know is Lamb had her day today - this is just the way we are - some people are made to be there for others. She was made to be there for me. And she has protection, too. Well. At least she told me she has protection.. I am not sure... she might be uh... well. Its ok with me. 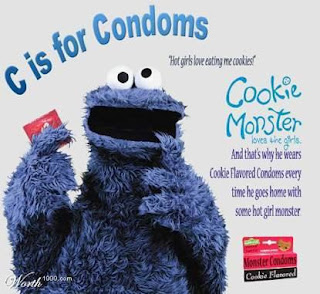