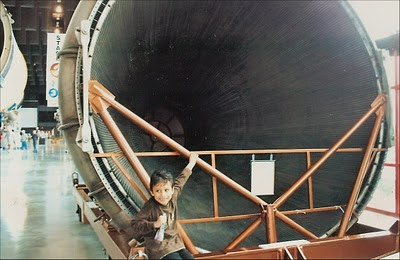 Oh yes. That look in his eye. It IS a look you have seen before. Look closely. It is the look of a Mad Scientist. You see. Tonight. I have had a sort of minor epiphany.

I have realized that I am. Quite Mad. And that it is hereditary. Oh, my Father - Dean of a University that he is - tried to hide his madness. He bought fishing boats and he learned to tie sailors knots and he drank wine and tasted cheese and like a good republican he tuned his radio to the A.M. band and faithfully resubmitted to our mixed company the talking points of a dead political party, that he may liven up his own.

But he was born six weeks early. Just like my son. And he took a look at six volumes thick enough to stun an ox - six tomes of medical information and like that he memorized every single one of them. He lives for the moment he puts on his white lab coat and he secretly enjoys being awakened from whatever peaceful dream he might have enjoyed in his well-appointed bed - to be pulled into a cold and sterile room and handed a gleaming instrument. He listens for the sound of an intern in the wrong place and at the wrong time and he sits by a patients bed until they are well. He is Mad.

And now I have realized. That, I , too. Am Mad. Not in love of words. Not in a kind and gentle way. I have that look in the eye that you see of this little boy - that look is mine. And only after seeing it there do I realize that , sitting next to the engine of a Saturn V launch vehicle. In the direct path of what would be its fiery plume. An engine that would lift this entire home and all of its inhabitants into the cold dark of space.

Yes. Only after seeing this. Do I realize. That. Colorless reader. I have plans for you. And they involve that engine. It might just be me that throws the switch to turn it on.