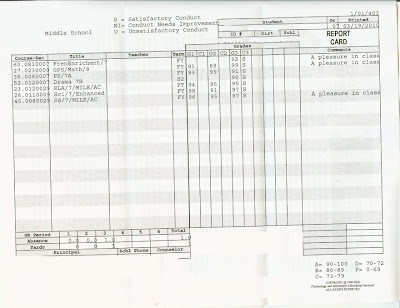 My daughter takes after her mother. Who was and is most decidedly Mad. But what a different form of madness this, she takes from the woman who gave her birth and twenty three better chromosones than I could deliver.

Perhaps my daughter's favorite demotivational poster would help us with this discussion. It is this one.

Now, let us reflect for a moment - the victory in which the American people now savor - while ridiculous paid goons of the lobbyists jump from office to office hoping to get another made for TV moment about them... how did this come to be? Did we just get a president that magically knew exactly what to do? Or did he bring into the most powerful position of diplomacy in our country - A woman? A woman who had executed the same healthcare reform strategy - a woman who had brought the entire weight of her husband's administration to the issue - and could it be, perhaps - a woman who flew our junior senator from Illinois - by wire? That is the magic of a patriarchy. We will never know. But the women know. And my daughter would know if she were in Washington. Oh yes. She would know.

To become the diplomat for the worlds largest superpower seems to be something that doesn't just spring forth from the flowers. Did it all happen by accident? Do they have a plan. From the day they were born. Let's reflect a moment on water balloons. Yes. I said water balloons.

It was a beautiful day. I happened to be outside working in the driveway. When there appeared a 3 and a half year old little girl. And she was holding. A water balloon. She walked solemnly to the rose bush. And then she stopped at the edge of the porch. And she carefully extended her hand. And then threw the balloon onto its mark.

Then she returned to the kitchen. Each step measured. Her mother was at the sink. Not a word was exchanged. And her mother filled the next balloon, to be ready as soon as she arrived. Worldlessly and with unspoken agreement she quietly handed the water balloon to my daughter. Who then marched back to the porch. And stood in roughly the same spot. And took aim. And then. Threw.

This went on for at least 17 minutes. Not a word was exchanged between she and my wife.

It was then that I realized the depth of my job as parent. The amount of work that it will take to bring this child to adulthood.
And so now, you see before you the report card of a 13 year old girl.

And her grades are fucking improving. Yes Men. Females may in fact, be a completely different species. But know this. they have an agenda. A secret mission. A plan. And they know how to work together. Cute enough. To take over. The world. Think about it.